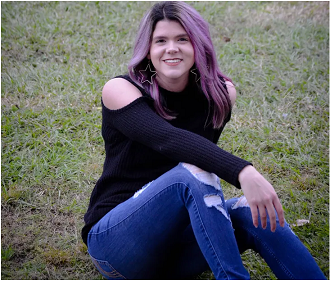 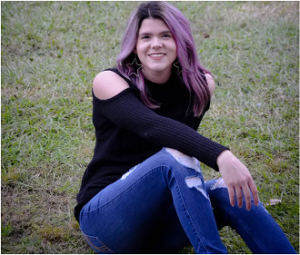 Rising Christian artist, Jenna Parr, had a small, humble start in the little town of Blackshear, Georgia. Coming from a musical family, it was evident that she was born with musical talents.

Jenna grew up in First Baptist Church and performed in musicals and choirs there since she was a toddler. “For as far back as I can remember, I would beg for a solo in every musical we had at church. I was a sassy little kid and loved having the spotlight,” Jenna said laughingly. During her elementary years, she participated in three school talent shows with her singing and had roles in community wide musicals. She also began taking piano lessons in the third grade and continued them until she graduated from high school.

From junior high to high school, Jenna continued to participate in school talent shows by singing while playing piano. “Most kids are terrified of performing in front of their entire school,” she said, “but I found it intriguing. I had been in the school and church choirs for my whole life, so it wasn’t weird for me to sing in front of my peers.”

In the eighth grade, Jenna began to play piano in the worship band at her church. Not long after that, she began to lead the singing as well. “It was extremely scary at first to play with a whole band, but I grew to love it. The other musicians were amazing, and I could feel their love for the Lord through their music,” she explained. It wasn’t until then that Jenna finally felt her calling and gave her life to the Lord. “It’s like something in my brain finally clicked,” she said, “I realized why I had always loved performing so much from a young age. Everytime I sing or play piano, I get an indescribable feeling that I know is from God. And if He gave me these talents, then I need to spend my life using them to glorify Him.”

Through all of these years, Jenna was also very invested in her school. She was a member or officer in nearly a dozen clubs/sports teams and finished school with a ranking of second in her class. “When a kid finishes school as Salutatorian, you would expect him/her to get a full-ride to college and become some successful businessman or doctor, but that’s not my case,” she explained, “I know for a fact that God wants me to use my music as a ministry and mission field, and that’s exactly what I plan on doing. Of course, some people think I’m crazy and should go to college, but I just don’t feel like that’s where God is calling me. God has got me this far in life, and I’m not going to give up on Him now.”

In May of 2017, Jenna released her first EP named God’s Got This. The three-track EP consists of original songs inspired by personal experiences and Bible verses.

The song God’s Got This, that the EP was titled after, was inspired by Charlotte Young. Charlotte was the pastor’s wife at Jenna’s home church and had a personal relationship with Jenna since Jenna was very young.

For several years, Charlotte battled cancer until March of 2016 when she went to her heavenly home. Throughout her entire battle, she always remained happy and optimistic, and she coined the phrase “God’s Got This.” She would constantly say that and post that on her Facebook page just to remind everyone that God has it under control. “Hearing her happily say that every day taught me to have the same attitude in life. I learned not to worry about anything because God has me in His arms all the time,” Jenna stated. The song God’s Got This was released to radio in May 2018. Multiple Christian charts picked up the song as well as radio stations across the U.S. and overseas.

Just one month after graduating, Jenna set out on tour. She was part of the Recovery Rocks tour along with the Christian rock band, We Are Vessel. This tour lasted all summer and partially in the fall. Also during the fall, Jenna set out on her own tour called the God’s Got This tour. Throughout these months of touring, Jenna has traveled to 26 different states and played nearly 50 shows.

Jenna’s ultimate goal in life is to share God’s Word to as many people as possible through her music. “I want people to know how loved they are and how big our God is,” she said, “I want them to know that God made us each unique and beautiful and that God is bigger than any struggle. He will never put us in a situation that we can’t handle, and He is always in control. I want them to know that God’s Got This!”

In June of 2019, Jenna released her new rock single, Made For This. The song features artists Randall Broadhead from We Are Vessel and rapper Jordan Copas. The single hit top 40 on Christian rock charts and is the title track to her new EP that came out in January of 2020.

Music Video for Break Me

On March 21, 2020, Solid Rock Radio premiered her exclusive music video and you can check that out here!