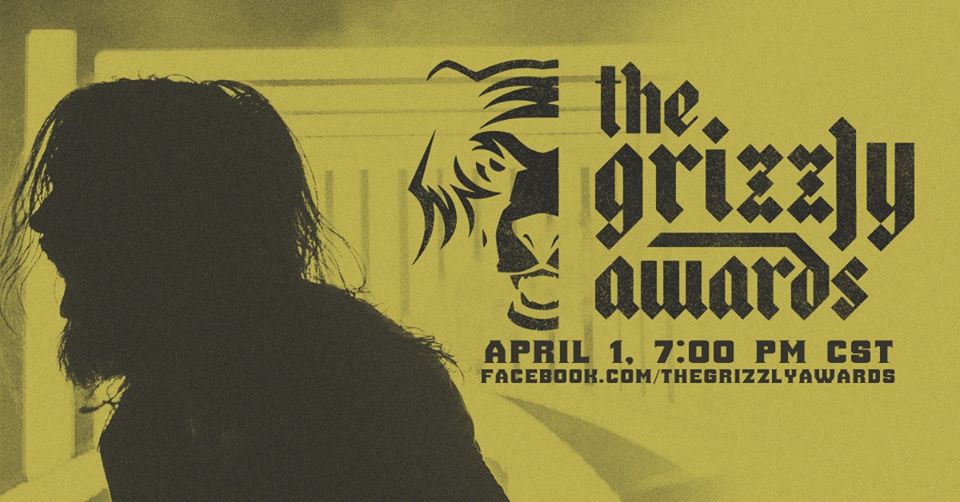 The Grizzly Awards Special Live Event is finally upon us! The industry nominated, You voted, they listened! Tune in to The Grizzly’ Awards this Wednesday, April 1, 2020, at 7 PM Central Time via their official Facebook Page – Live performances by your favorite artists like Disciple, Random Hero, Adelaide, Rusty Shipp, All Above Me, Egypt Speaks and more!

This is our time to shine the light on Christian Rock. The powers behind those “other” award shows have turned it’s back on Christian Rock because they feel it is irrelevant. What they fail to realize is that Christian Rock is not dead.  It has a purpose and meaning and it is reaching the lost. Christian Rock goes where the church fails to witness too. Awards and recognition are not the goal for these amazing artists but rather spreading the Word of God to the hurting.

Please tune in, support The Grizzly Awards, share with your friends to tune in to this event. Engage your church leaders to bring Christian Rock events to your area. The next song could very well breathe life into a hurting soul and set them on fire for Jesus Christ. Let’s put Christian Rock back in the light where it belongs.

Check out the nominee’s on a previous article we posted last month.

The Grizzly Awards was phenomenal. Special thanks To Joel Burris, Mary Nikkel, Justin Forshaw and Cindy “Mothership” Blankenship for putting this together. If you missed it,  see below or go check out their official Facebook Page.

Album of the Year: Alternative Rock
For We Are Not Yet, We Are Only Becoming (Comrades)
RU: Rusty Shipp

Song of the Year: Metal/Metalcore
“The Cure” (Wolves At The Gate)
RU: Glasslands

Music Video of the Year
“The Evening Hate” (Red)
RU: “Your Gun My Knife” (Zahna)

Lyric Video of the Year
“Panic Room” (Disciple)
RU: “Everything is Fine” (Fight the Fade)

Best International Band (Outside of the U.S.)
Paradise Now
RU: Amongst Wolves

Producer of the Year
Jake Jones

Legacy Award (Bands Who Released Albums in 1999)
Fundamental Elements of Southtown by P.O.D.