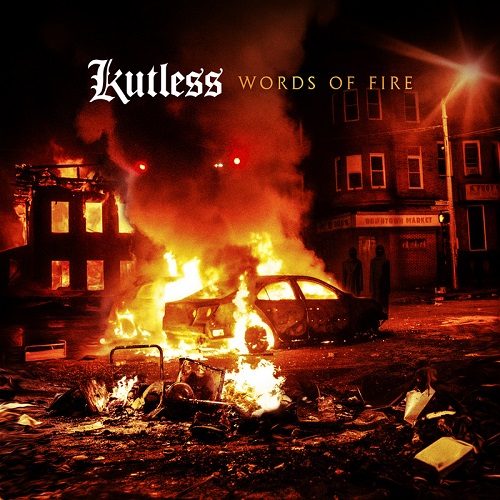 Kutless Returns With Words Of Fire. It is no secret Kutless has been working on a comeback for some time now. It is has actually been two years ago to the date we posted an article that Kutless was returning to their rock roots! This past July, they released TWENTY which was an EP featuring reimagined, re-recorded versions of three hit songs from the band’s self-titled debut album Kutless.

About Words Of Fire

Kutless teamed up with Josiah Prince of Disciple to write Words of Fire.  According to their Facebook post dated September 22, “We’re excited for our NEW single, Words of Fire, to come out next Friday!”  “As promised… it’s about to get heavy.”

This song is allegorical for Revelation chapter 11, but it’s also a response to the deadly violence, hatred, and bloodshed we’ve seen both at home in Portland, and around the world. When I was writing the lyrics, I was imagining the Two Witnesses from the biblical text and writing about it as if I were watching it happen right now – like a scene from a movie
James Mead - Kutless

I received this song a little before the official release and have had it on repeat while writing this article. I have been a fan for many years and this song already has become one of my favorite songs. It will be one of my songs that I turn to for quite some time. I cannot wait to see what else they have in store for us!

This song rocks and is layered with a good message. It also is a reminder what is going on in the world right now and what is to come. We can rejoice because we know the one who sets us free! It is up to us to reach the lost before it is too late.

We will have the song in rotation starting today so make sure to listen for it via our website or on our App! Make sure to follow us on Facebook for updates when we will have the guys as guest on Backstage With Mothership as we are trying to get the details of that ironed out as well. Don’t forget to follow all things Kutless below. I am sure they will have ways you can snag the tune as well!

Get Words of Fire

Kutless returns to their Rock roots