Memphis May Fire
Death Inside 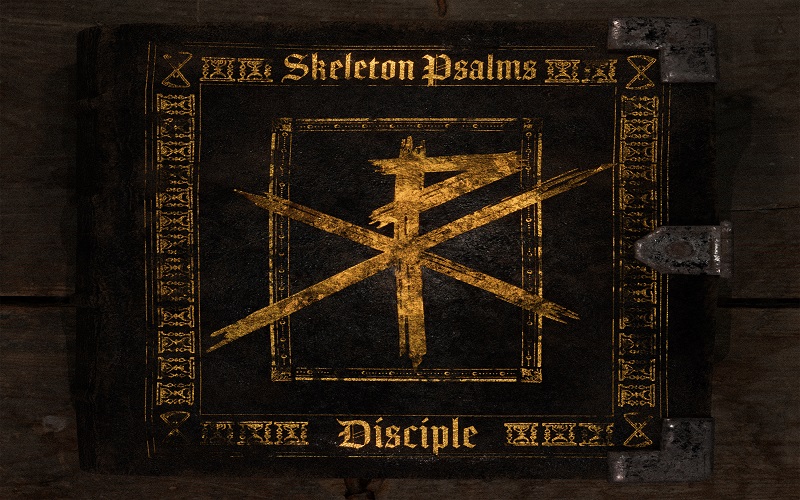 FOR IMMEDIATE RELEASE — Disciple has released their first new music in over three years with “The Executioner.” The brutally heavy track is now streaming everywhere at https://ffm.bio/disciple. “The Executioner” is the first single from Skeleton Psalms, the band’s upcoming full-length album, due out from Tooth & Nail Records on April 28.

The mainstay rockers also released a music video for “The Executioner,” directed by Joel Burris. With visuals as bleak as the song’s crushing riffs and stark lyrics, the music video provides insight into the song’s themes. You can watch the video on YouTube.

“The song is about coming to grips with your flaws, your failures, your shame, your sin,” frontman Kevin Young explains. It’s realizing that no, I don’t want to celebrate anything about what I’ve done in this life. I want to lay my life down in exchange for a better one that God has for me.”

In that context, the executioner is an emissary of a merciful death: the death to self that leads to resurrection.

Young says, “We wanted to do a video that had an executioner in it, a video about really coming to grips with letting go of your life. I think that’s the part of Christianity that’s so beautiful. You get to this place where you’re ready to let go of all that you’ve had, ready to surrender and give yourself to God. We’re always ready to receive from Him. But the moment when we’re ready to surrender everything to Him, that’s the death to ourselves. The idea of laying down my life becomes this beautiful idea, as opposed to a dark and sinister idea. I sing ‘my beautiful executioner.’ This is what I want.”

That concept is illustrated by a death row storyline that leads to a dark end — and a new beginning.

“The Executioner” delivers the signature musical ferocity and spiritual weight that listeners have come to expect from Kevin Young (vocals), Josiah Prince (guitar), Joey West (drums) and Andrew Stanton (guitar). It’s a trademark that carries throughout the songs that comprise Skeleton Psalms, which will be Disciple’s 13th full-length studio album. Thematically, “The Executioner” is the perfect introduction to this new era.

“The three themes you can expect from the album are human depravity, the love, mercy and unconditional love of God and also, ultimately, victory,” Kevin Young reveals.

Fans were introduced to “The Executioner” the same day that Disciple embarked on Winter Jam, the annual 40 city Christian music megatour that will span coast to coast between now and the end of March. A full list of tour dates is available at disciplerocks.com/tour. The band is also offering exclusive Tour Bus Experience packages for Winter Jam’s duration, which can be purchased at tourbusexperience.eventbrite.com.

You can find “The Executioner” on all platforms at  https://ffm.bio/disciple, where Skeleton Psalms will also be available to presave.