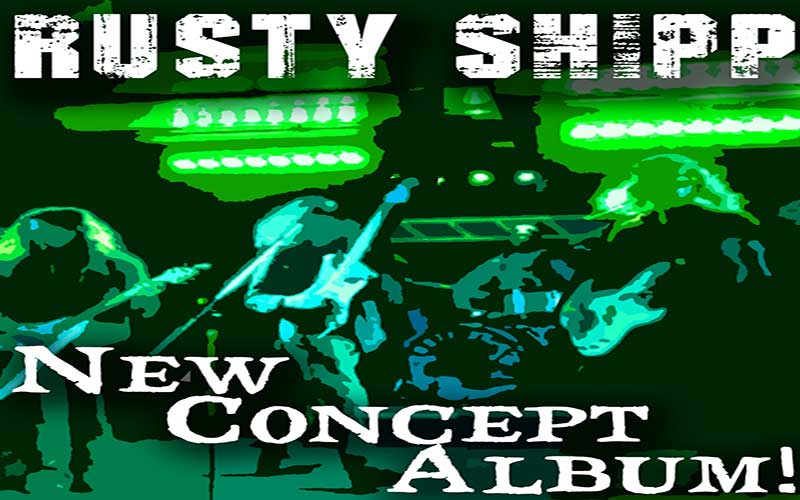 Rusty Shipp just launched a new presale campaign through the crowdfunding site Indiegogo. Their goal is to raise the necessary funds to get back into the studio and record a new album. This would critically-acclaimed ‘Liquid Exorcist’ album.

In exchange for preorders and funding for the album, the band will be giving away limited-time rewards such as exclusive merch just for this presale, autographed music gear, VIP access to livestreams when they’re in the studio, a demo of a new song, personalized songs for fans, tickets to a private Prerelease Party, and more!

“This will be more ambitious and longer than ‘Liquid Exorcist,’ which was more like a glorified EP with five full songs on it and then some artistic interludes. This will be at least ten full songs, and yes, then some artistic interludes that will tie together this new storyline that flows through the album. The four of us are ecstatic about bringing this new album to life in the studio and working with Stephen Leiweke again to make an album that’s even better than ‘Mortal Ghost’ and ‘Liquid Exorcist.’”
AJ Newton

According to the Indiegogo page, perks will still be sent out even if the crowdfunding goal is not met. More information on how you can give to the crowdfunding campaign bu going to https://www.indiegogo.com/projects/rusty-shipp-new-full-length-album#/