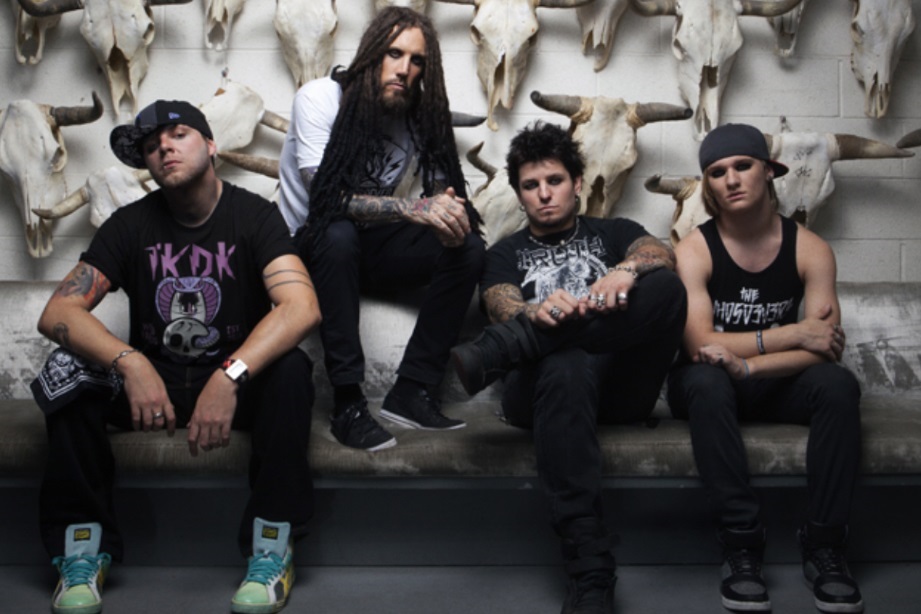 In an interview with our very own Cindy Blankenship, host of the Backstage With Mothership show here on Solid Rock Radio, Love and Death guitarist JR Bareis provided details about the long-awaited successor to their 2013 release “Between Here and Lost.” Excerpts from the interview are below:

JR shared that he was preparing to fly to Los Angeles to finish recording his guitar and vocal parts at the time of the interview:

“Finally though as we speak, like in a couple days, I’m flying out to LA and I’m finishing doing all the guitars and all my vocals cause we wrote a couple more songs and we reworked some stuff. So, going out there and doing that; getting all that done completely. As we speak, Brian’s doing his vocals right now. He’s gotten a couple songs done and he’s finishing that up this week. Jason’s going to be editing, mixing, everything. We’re literally going to be recording stuff, sending him stuff as we’re doing it, you know, and he’s at home doing all that. So it’s actually happening!”

This announcement comes at a time when the members of Love and Death are spread out between several differing music projects. Love and Death paused touring after Brian rejoined his former band “Korn.” JR then joined the band Islander. Drummer Dan Johnson became RED’s touring drummer (and recently an official member). Their producer, Jasen Rauch, currently tours with Breaking Benjamin.

JR shared the tentative time-frame for the new Love and Death album:

“We have a couple extra songs to play around with but I think we finally got the songs we need and we think they’re great. So that’s pretty much what we did. We did that, and then we were reworking some parts that we felt maybe needed some work. I think we’re in a good place now. Everything’s kind of set and we’re ready to just knock it out now. We’re shooting for October or November to have it out. That’s the plan.

He also shared that we can expect a single in August:

CINDY:  “The last time I talked to Brian I know he was like juggling the idea of maybe releasing a single or something. Is there anything possibly that might happen before?”
JR:  “Yeah, I know we will be releasing at least a single or two before the record would come out. I know the thought was to shoot for sometime in August to send a single to radio. That’s the plan, so maybe like September-ish?”

Love and Death has released one single, Lo Lamento, since the release of their previous album in 2013. Rumors of a sophomore album have been circulating as early as 2017, when the band posted a Facebook video of JR recording with producer Jasen Rauch in a Nashville studio.

Catching Up With Miggy Sanchez of Relent

TD Benton on the Ministry of Shock and Roll

Matt Baird Shares About the Ministry of Spoken

Solid Rock Radio believes the creative people who produce the great music we play deserve to be paid for their work. We are affiliated with Live365 who covers ASCAP, BMI, SESAC, SoundExchange, SOCAN and Re:Sound royalties and performance fees.