The Ballad Of St.Augustine
Disciple 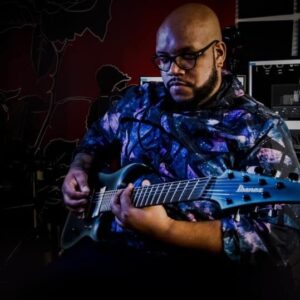 James Franchise is a Christian Rock artist from New York City, New York who has an immense passion to bridge the separation of aggressive rock and worship music. In 2016, his journey began when he formed the band, Where Fire May Fail. They quickly gained popularity with their Metal cover of Oceans by Hillsong.  During this season in their life, they made worship covers of their favorite worship songs. As time passed, other priorities took over, and the band members went their own way, however James wanted to continue to make music.

At present, James is working on a new project that will be a combination of 5 covers and 5 originals. We invite you to follow his Facebook page to stay up to date on the latest news and releases. In a Facebook quote on August 24, it appears we are getting closer!

Been working on this album! I have a meeting with my session musicians tomorrow. We will official start tracking for pre production tomorrow!
- James Franchise

Check out his newest cover, Praise You In The Storm, by Casting Crowns!  I also encourage you to check out the first video I saw by him when he was with, Where Fire May Fail, Let It Rain. James’s music can be described as aggressive metal meets rock with a worship vibe that touches the Father’s heart.

Share and spread the love! We don’t have any music from James yet but request his music here and when we get it, you will be among the first to hear it first!

The Ballad Of St.Augustine
Disciple