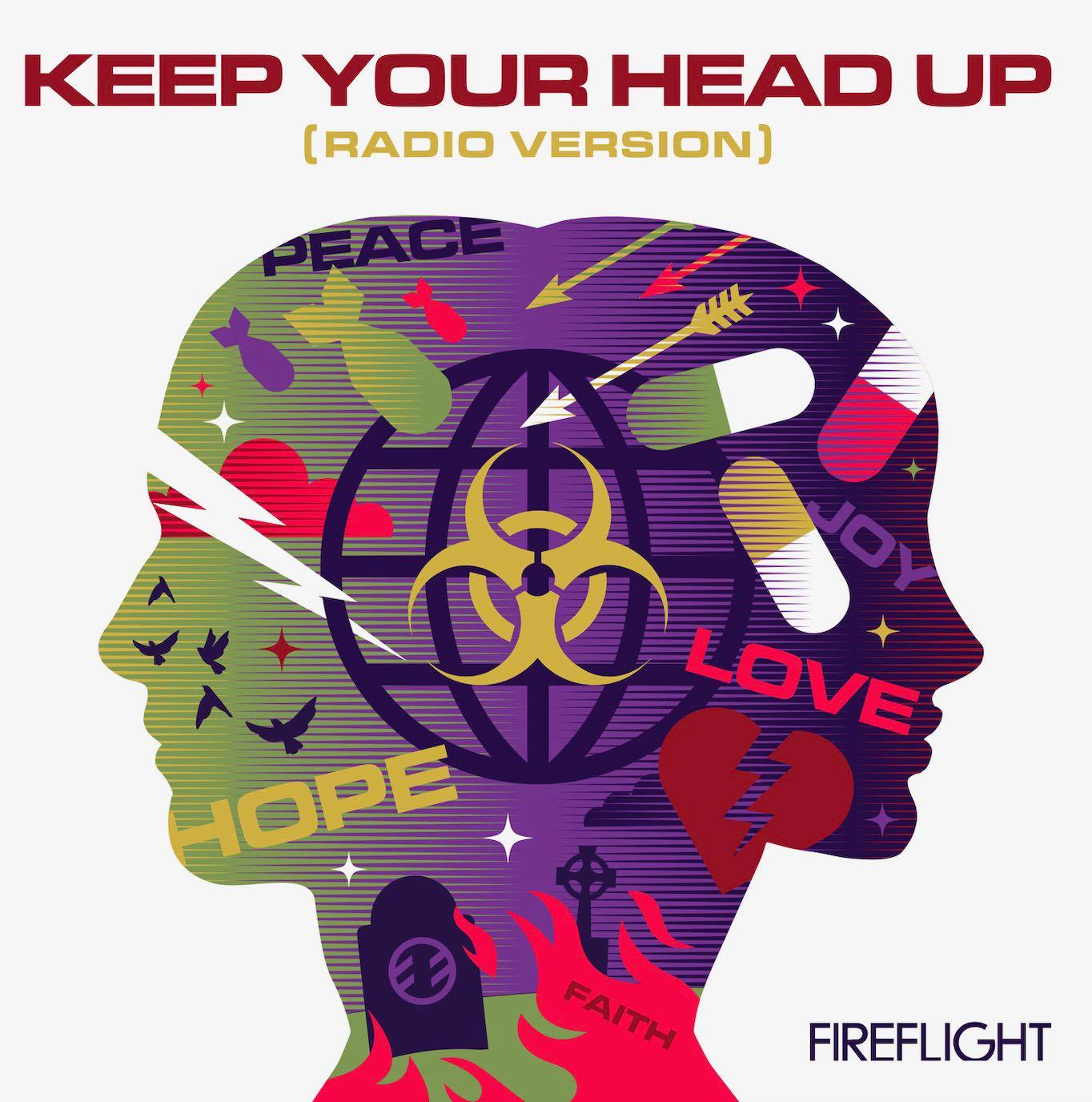 Fireflight has released a timely, hope-saturated single with “Keep Your Head Up,” a stand-out offering from Who We Are: The Head and The Heart.

“Keep Your Head Up” is going for radio adds now as well as being available on all major streaming platforms at https://lnk.to/Keepyourheadup. The song is also accompanied by a lyric video. For Fireflight, the message of the song is both personal and profoundly universal. “Anxiety, depression, illness, loss, death, abuse, anger, fear, confusion and frustration are all things that we are all currently dealing with on some level,” guitarist Glenn Drennen shares. “These are also things that humanity has always dealt with since sin entered the world. Hope has, is, and will always be needed on this side of heaven.”

That life-giving message is accompanied by a soaring musical arrangement to match, featuring seamless guitar riffs from Glenn and Justin Cox, a bass backbone provided by Wendy Drennen, and Dawn Michele’s profound vocals. The song was cowritten and produced by Josiah Prince (Disciple). Everyone involved was committed to communicating the same message. “I want listeners to know that there is a Savior in Jesus that loves them,” Glenn explains. “That there are people in this world that understand them. That a little hope, kindness, mercy, empathy and grace can be what changes someone’s life for the better… even if there is no immediate solution to their situation.”

“Keep Your Head Up” follows the previous chart-climbing single “Who We Are.” The album Who We Are released in 2020 to critical acclaim, garnering nominations in the We Love Awards and The Grizzly Awards. It’s the latest entry in a career that has always been marked by deep emotional resonance with fans, earning the band accolades in the past for songs like “Unbreakable” and “For Those Who Wait,” a GRAMMY nomination, and multiple GMA Dove Award nominations.