Gold Frankincense
Where Were You 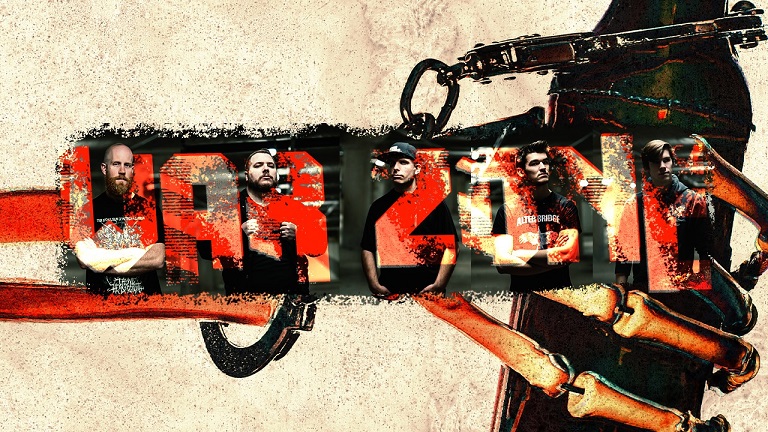 D.A.V. releases brand new song Reach Out. We had the chance to chat with Dave Hanson about their new song, Reach Out. Check out the official audio track below!

D.A.V. releases brand new song Reach Out and we have the inside scoop on the song and upcoming music videos!

Good Afternoon, Dave. Thank you for speaking with Solid Rock Radio about your brand new song, Reach Out and your album War Zone. I really enjoyed your new song and the message that it brings.

Thank you for inviting me to do this interview. We are really excited about this album and can’t wait for everyone to see what is in store.

Could you share what your new song Reach Out is about and what inspired you to write it?

Reach Out is talking about mental health. A friend of mine is going through a very rough time with it and it truly breaks my heart to see them hurting in this way. It’s like you just want to wrap them up and say you love them and never let go. Mental health is a very dark subject to talk about and those dealing with it have a hard time expressing how they truly feel on the inside. Not one word can describe it because everyone’s story is different. It stirred my spirit to write on this topic for my friend and all the others who feel the same way. I prayed to God asking Him to allow His words to flow through and penetrate, to allow others to know that “it’s okay to not be okay.” And to let them know that they can reach out for help. They can take hold of the Hand of God, and once they grab His hand they’ll experience a love that will never let go.

That is deep my friend. It is refreshing to see an artist talking about real issues that people face every day and use it to inspire, uplift, and give hope to the hurting.

Totally, because when someone hurts, it’s extremely hard to open that wound up, and ask for help. That’s why it’s very crucial that we become the hands and feet of God to this world.

Thank you for bringing this to light. There are not many bands talking about these issues.

Agreed, that’s why it’s so important that we reflect the image of God.

Reach Out is a single on your new album War Zone. I am excited to get my hands on it! What can you tell us about the new album?

War Zone originally was going to be called Crazy. All the artwork was done but the Lord stepped in around the halfway point to let me know it was changing. At first, it’s like why? Everything is set, it’s paid for, everything is going to cost more. But now, seeing this world unfolding like it is right now, we are defiantly in a War Zone, and I see why He had me change it. Every song on this album is about a war on the inside. the songs are talking about how we are all battling something, that we all are living in dark times. And this album is also about how we can be real, honest, and open about our struggle while revealing the answer, which is the love of God. Too many artists today are not putting God at the forefront when writing about the pain of struggles of life. They are trying to become more real and honest with others but lack talking about how the love of God helps you through those dark times. In the end they ultimately hurt their chances of trying to help, because there’s no love behind it. God is love. We’ve heard the term of Christian Rock is dying. It’s not merely dying because of radio stations and that shift of musical style. It’s only truly dying because this generation has lost its purpose of why we do Christian Rock. My prayer is that we as a generation, find that purpose again.

Wow very well said. It’s because of bands like D.A.V. there is hope for Christian Rock. Now your album was released recently. Where can our readers find it?

Our album was released on June 5, 2020 and you can get it from Spotify and Apple Music

Can we expect a music video for a single from your new album?

Yes sir, we are recording three music videos at the end of June. Our videographer is Joshua Fetterhoff, who is one of my best friends ever in this life.

Awesome!  We love Joshua! Good guy! I remember he shot a music video for your In The Verse project for your song Scars.

Yeah, love that video! I almost fell through the floor on that barn, because I was jumping so much while shooting the music video!

Now that is hilarious, glad you did not fall! That would not have been good!

For those people who are just hearing about DAV for the first time, what is your story? How did you start and where are you from?

D.A.V. is located in Wisconsin, the land of the cheese lol. A lot of people know me from the Christian Rock Band – In The Verse. Throughout the years, we realized that God’s direction for ITV is to be a studio-only band. And through that journey, the Lord knew I truly wasn’t ready yet, and He had to build me up more to His calling for me. It’s the calling that He’s always called me to, which is to not only make the music, but to also go out and perform the music, speaking the Gospel of Jesus Christ on both sides. God revealed to me to just go and do it and trust in Him. To start off as a solo artist wasn’t my cup of tea at first because I really didn’t want to use my full name or have to hire people to play. I felt God speak to use my first name and simply remove E, and make acronyms for the letters D.A.V. That’s how D.A.V. was born. When you trust God you don’t really need to look back because we realize the wow moments of why God does what He does. And one of the cool things is that it lead into an awesome friendship with Lori Peters(George) & her husband Chris George. She studio drummed on five of the songs for the album and featured her husband on piano for a track. Within a year a forming this project God brought people my way to hire to play. Everything was flowing so smoothly and I simply asked the question, “is this something you want to do?” Now it’s a full band, no longer a solo project.

What does D.A.V. stand for? I think it is quite genius!

Can you introduce your bandmates to our readers?

You bet, we have two brothers in the group Zack and Jacob Gallipeau. Zach plays guitar and Jacob plays the drums. We also have another Jacob in the band, Jacob Towns. His instrument is called the growler, our unclean vocalist, so I no longer have to scream, I can simply sing. We have another guitarist, the one and only J.W. Reed. I want to give a shout out to our former drummer Jenna Kopitske and former bass player Matt Peters, and want to thank them for their time in the band, a major blessing.

What bands has DAV looked up to that has been an inspiration to you?

As a whole for the band, I would say Skillet, Disciple, Red, War of Ages, Impending Doom, and Alter Bridge.

Thank you again for taking the time to speak with me today. Where can our readers find you on social media?

And thank you for having me, and may your day be blessed beyond measure. You can find us on FB, Instagram, and Twitter. We are also working on getting an official website set up. 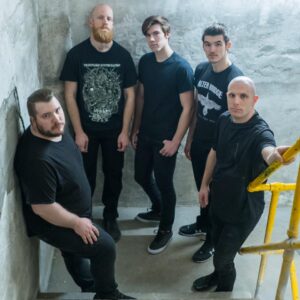