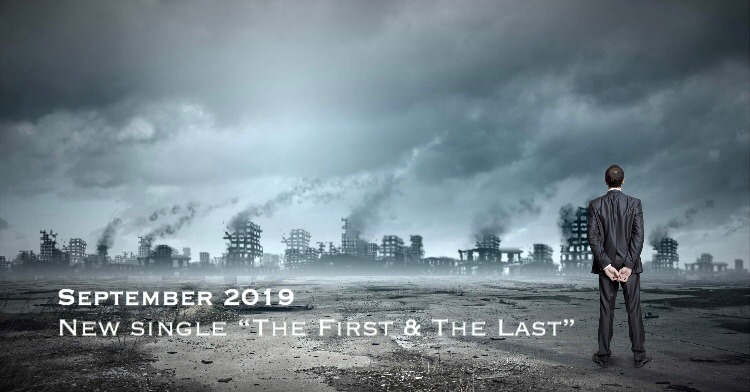 Collision of Innocence,  a band from Murrells Inlet, South Carolina which is just a few hours drive from our home studios in Aiken. We have been following them for quite sometime and we are excited they will be releasing a new single this month. On September 16, Collision of Innocence will release their new single “The First & The Last”.

We had a chance to preview the new single and for those who love rock will love this.  The song starts out from the point of view of God and He is looking down on his creation seeing them full of anger, hate, and violence. Their is redemption from His wrath by looking to the one that is The First and The Last!

We sat down with Randy, guitarist and song writer at Collision Of Innocence and he said the band is both brutally honest and unapologetic when it comes to their writing. Randy said they will also also be releasing another single called Running Away in October. Collision of Innocence is about to cross 500,000 Spotify streams in only 17 months as a band. Their singles Eyes Like Fire was released nearly a year ago and is still in the Christian Rock radio top 50 topping out at #16 on the Christian Music Weekly charts. Stay tuned to movie news as you may see Collision of Innocence appearing in an acting role.

You will be able to purchase the new song on Amazon, GooglePlay, iTunes, and other digital outlets on 9-16-19 and you will hear it on Solid Rock Radio very soon. Please support this band by purchasing this single and following them on Facebook, Instagram and  Twitter. 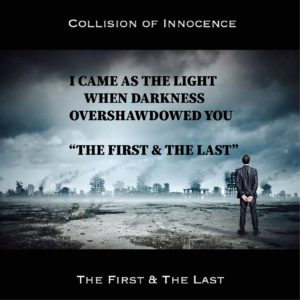 Collision of Innocence releases Upon The Horizon

Collision Of Innocence – Running Away

Collision of Innocence – The First & The Last – Premier!