We hope you enjoyed the premiere of Sorrows End from Collision of Innocence. If you missed it, you can check out the video below. Please share the video with your friends and family. You never know may need to hear this song.

Shoutout to their guest vocalist in this song and video, Kaiya Hickey.

Sorrows End comes from the tragedy that struck the Collision of Innocence family, not once but seven times.

Chuck Benton said “This is an epic song with extremely good production. It speaks life into all the darkness we’ve all felt lately. There is more suicide, depression, & loneliness than ever so as a band we felt like we need to bring some hope. Look for some vibes comparable to past singles “Took My Place” & “In Between” with a lot of experimental features. Lyrically we touch on the things surrounding us as well. Riots, oppression, & brokenness but conquer the broken pieces with hope. Chuck explains, “Open up your heavens & let your angels sing, bring an end to the wicked world, bring an end to the suffering” is a catchphrase that pours life into darkness. Darkness has always held a place in high places but now it’s all being exposed as we inch near the Great Tribulation period explained by the prophets of the Bible.

Sorrows End will be available on digital outlets on November 2, 2020.

About Collision Of Innocence

Collision of Innocence is a band from Murrells Inlet, South Carolina. They formed in January of 2018 with the release of  their first single “In Between.” Almost three years later they have reached over 1.3 million streams on social media, digital streams and radio. Their lastest single, Today We Rise, peaked at #22, on the Christian Music Weekly, Rock Charts. Collision of Innocence is: Chuck Benton: Guitars Lyrics Harmonies Wes Deloach: Vocals, Production, Guitars Joshua Barton: Drums. 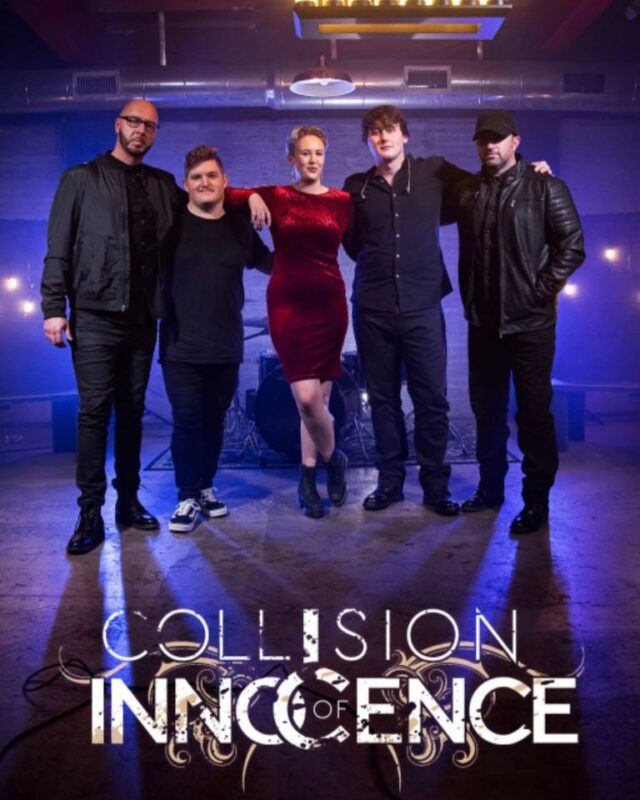 Collision of Innocence is on fire with Today We Rise

Collision Of Innocence – The First and The Last

Collision of Innocence – The Void